Commercial trucks are a crucial part of our state and national economy. They do a significant service in transporting goods, products and foods through our interstate commerce system. A commercial truck driver must obey the rules of the road like any other motor vehicle driver. When a commercial truck driver fails to follow the rules of the road and causes harm or death to another individual then that driver must be held accountable to the injured victim and their families. As such, a Waldorf truck accident lawyer can help the family pursue compensation and justice.

HOW COMMON ARE TRUCK ACCIDENTS?

The National Highway Traffic Safety Administration (NHTSA) has reported that in 2015, there were over 35,000 killed in motor vehicle accidents. Four (4) percent of those fatalities involved a large truck crashes. Most of those fatalities occurred with occupants in smaller passenger vehicles. The NHTSA also provided additional facts:

There were 4,067 fatalities in crashes involving large trucks, 4.1% more fatalities than in 2014, the highest since 2008 Of the 4,067 fatalities, 667 (16.4%) were occupants of large trucks, 10.1% were non-occupants, 73.5% were occupants of other vehicles. The fact that truck drivers drive for a living does not mean that they are unlikely to commit a mistake behind the wheel. Unfortunately, it is those in other motor vehicles that suffer the most as a result of trucking accidents. The sheer size and weight of these tractor trailers, flatbeds, dump trucks, box trucks, car carriers and buses make the injuries associated with trucking accidents more severe than those associated with any other types of crashes.

If you have been in a Big-Rig accident, call The Law Office of Thomas E. Pyles, P.A. today. We have over 25 years of experience helping accident victims get the compensation they deserve after a truck accident.

COMMERCIAL TRUCK DRIVERS ARE OFTEN TO BLAME FOR MARYLAND ACCIDENTS

Due to the mere size of commercial trucks, which include delivery trucks, big-rigs, 18-wheelers and everything in-between, the damage that they can inflict in an accident is immense. Truck drivers face greater challenges than most drivers. Large trucks have blind spots on all sides, make wide turns, and have a greater stopping distance than the average vehicle, which can lead to unexpected collisions.

A few of the major causes of commercial truck accidents include improper truck maintenance, as well as overloading of cargo, and the pressure placed on drivers to deliver loads as quickly as possible which often leads to driver negligence. Vehicle failure coupled with driver failure make commercial trucks some of the most dangerous vehicles on the road.

Some of the leading causes of truck accidents have been reported to be: 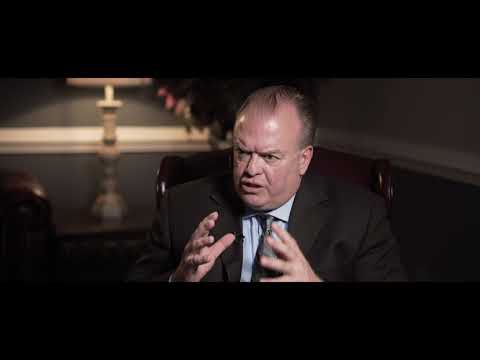 WHY IT IS IMPORTANT TO HIRE A WALDORF TRUCK ACCIDENT LAWYER

Tractor trailers are enormous vehicles and any accident involving one has the potential to leave devastating destruction in its wake. For instance, a collision involving a tractor trailer and an Amtrak train in North Carolina left the train devastated, with three of its cars derailing and 54 of its passengers injured. If a truck can do that to something as imposing as a train, what chance does someone in a passenger vehicle have?

Trucking companies know all too well the level of damage their vehicles can cause. They attempt to stack the deck in their favor after a wreck. These companies are backed by insurance companies with armies of lawyers and accident investigators. In many cases, they already have begun building a case against the other driver by the time the first responders have arrived at the scene. An experienced Maryland truck accident lawyer can help even the odds, helping those who are hurt in truck crashes to build a case that will prove fault and damages for the serious, often catastrophic, injuries that occur as a result of a truck accident.

Just as the trucking companies will have their insurance companies and attorneys working on behalf of them, there are lawyers that represent those that have been injured or the families of those killed because of trucking injury negligence that can also help. The Law Office of Thomas E. Pyles, P.A. is an experienced truck injury law firm that has been defending the rights of truck accident victims against insurance companies and the trucking industry attorneys on a day to day basis for over 25 years. Having that level of experience on your side is a necessity if you wish to hold those who have harmed you accountable.

In Maryland, commercial drivers are held to specific standards and any lawyer that is handling a trucking accident case has to be familiar with Maryland’s commercial vehicle law. A violation of those rules may be enough to hold a driver liable if something goes wrong while they are out on the road.

There are a lot of lawyers in Maryland that claim that they handle tractor trailer crashes. It takes a very experienced tractor trailer accident lawyer to know where to look in the records to prove your case.

An experienced Waldorf truck accident lawyer knows that for serious cases, a lawsuit should be filed every time. It is only with discovery and subpoena power that the operational records of the trucking company will come to light. When litigating cases worth hundreds of thousands or millions of dollars, it pays to hire an experienced Maryland personal injury lawyer who can expose the lies being used to prevent juries from seeing what some of the trucking companies do. Contact our law firm today to learn how we can help. We have offices in Waldorf, Laurel and Leornadtown.

There are a number of aspects to trucking crashes in Maryland that make the practice unique. Without a lawyer that is experienced in that field, the client can quickly lose value to their case. Truck accident cases are more complex for many reasons. First, all interstate trucking companies are regulated by the Federal Motor Carrier Safety Administration. The FMCSA propounds a book called the Federal Motor Carrier Safety Regulations that takes years of studying to master. When a large truck, such as a truck trailer, violates these safety regulations, the Maryland Courts can charge the jury on negligence per se, which can make a world of difference in a disputed liability case. That means that if the rule is broken, the judge tells the jury that the breaking of the rule means the trucking company is liable. Second, modern day tractor trailers and large trucks incorporate advanced computer systems, similar to aircraft “black boxes”, and some have onboard radar and satellite tracking data that can tell the truth about why the crash happened, even when the driver is lying. Third, trucking crash collision reconstruction requires an engineer with specialized skills and only an experienced trucking lawyer has these engineers on their rolodex. Fourth, trucking cases should never be settled without a lawyer deposing, under oath, the driver and risk manager and exhaustive review of all operational documents. An average car accident lawyer is simply not trained to handle a trucking case in Maryland, or anywhere in the United States.

Obviously, the trucking company will allow the tractor and the electronic control module to be destroyed if you don’t pin them down. If you hire an expert collision reconstructionist immediately, you can start collecting valuable evidence to show exactly what happened with the large truck or tractor trailer by collecting the electronic control modules and other valuable data inside the “cockpit” of the cab of the large truck or tractor trailer.

If your lawyer does not know what these are, you need to contact the Law Office of Thomas E. Pyles, P.A. and hire a real truck accident lawyer.

WHEN IS A TRUCK DRIVER AT FAULT?

Truck accidents on busy highways or freeways often result in catastrophic injuries, including death or paralysis. These accidents are often linked to:

If you have been involved in a collision with an 18-wheeler or another heavy truck, you need to consult the Law Office of Thomas E. Pyles, P.A., a real Maryland truck accident lawyer. These types of accident cases are complicated and generally involve multiple parties who may be legally responsible for your injuries and other damages. The attorneys at the Law Office of Thomas E. Pyles, P.A. have extensive experience dealing with insurance companies that specialize in providing insurance products to the trucking industry. It is important to understand that when you are involved in a trucking accident, you will not be dealing with a typical insurance carrier. Truckers and trucking companies are protected by powerful commercial insurance companies that have extensive manpower and resources to challenge your claim. If you are not represented by an attorney who is very familiar with how these companies handle truck accident claims, you are likely to receive the short end of the stick when it comes to your compensation.

HELPING YOU GET A JUST RECOVERY

At the Law Office of Thomas E. Pyles, P.A, we understand just how traumatic a truck accident can be and we are prepared to do everything we can to make things easier for you. Our legal team will fight to get a just compensation award for your losses, including your medical expenses, lost wages, pain and suffering, future medical expenses and future lost wages. We have helped thousands of accident victims and their families collect the financial compensation they deserve in nearly all types of accident cases, including truck accidents. Contact the Law Office of Thomas E. Pyles, P.A. at 301-705-5006 today to schedule your free consultation.